1. 2 months of electricity deposit is paid in advance, and the prepaid electricity fee is paid for 1 month within 3 days of launching.
2. The mining machine can purchase insurance, and there are professionals on duty.
3. Before completing the payment, the customer needs to submit the setting information: mining type, digital asset wallet, and can also be set before delivery.

A mining hotel is another name for miner hosting. It serves as the home for an ASIC or video card farm that a bitcoin miner maintains. The rent for the room and the electricity utilized is paid by the owner of the equipment. A location to install the equipment that has all the communications required is available in mining hotels. It includes a steady Internet connection, a self-sustained outlet, and a dependable air conditioning system. Miners merely need to trigger a wallet and deliver their computers to the hosting to start mining cryptocurrency.

Which platform is ideal for mining cryptocurrency?

Since the contemporary cryptocurrency and Blockchain technology has broken records, the most competitive cloud miner hosting platforms are the talk of the town all across the globe.

When people or companies bring their servers to a data center, it's known as colocation. Accordingly, businesses use the data center to keep their servers and provide remote access to their information. Colocation data centers are most often the best choice for Bitcoin ASIC mining.

Users can arrange the servers in racks and cabinets in colocation facilities. Many companies and individuals like keeping all of their servers in data centers. Each cabinet has access to power, ventilation, and the internet. The security that colocation facilities provide is another benefit. Customers seek assurances that their servers are secure and that no others have access to their information.

The term "application-specific integrated circuit" is abbreviated as "ASIC."Miner hosting of bitcoin on the decentralized network is the aim of an ASIC. Focusing on the SHA-256 algorithm, a potent platform for mining Bitcoin, ASICs help mine cryptocurrencies.

Cost and convenience are factors in miner hosting. The drawbacks of Bitcoin mining—namely, the excessive heat, noise, and energy requirements—are addressed by hosting solutions. To put it simply: Bitcoin ASICs are commercial devices that are better suited for specialized facilities rather than being used in homes.

Compared to home miners, hosting solutions frequently have more favorable electrical costs. The cost per megawatt of hosted solutions is cheaper than that of many other equivalents. It's because of handshake agreements with energy suppliers.

Although hosting services can reduce hassles and hands-on work, they do have some restrictions. The two most common criticisms are the logistical challenges faced by large industrial firms and the unique centralization issues faced by the bitcoin network.

Bitcoin mining operations require a variety of inputs to run at their best. It's much like any other sizable industrial facility. It costs a lot of money and labor resources to provide 24/7 maintenance, adequate electricity, weather management, and internet access. A facility may incur downtime on all of its machines as a result of delays in one component, such as a blown transformer.

Secondly, network centralization continues to be a tricky issue for bitcoin miners. You do not own your hashrate if you indulge in miner hosting with a third party, similar to how a custodial wallet holds your bitcoin. Instead, it is under the control and supervision of another agency.

Hosting companies have the three options: retrofitted, container-style, or purpose-built.

Container-style: Miners are housed in modified shipping containers. Due to their portability and ability to run on either grid or stranded energy, containers have become a popular choice for hosting. Modern mines frequently use grid power.

Retrofitted: In deindustrializing nations like the American Rust Belt or former Soviet satellite states, smelters or warehouses frequently function as adapted Bitcoin mines. Usually, retrofitted mines use grid power. It is effective especially in countries that are losing their industrial base.

Power bills and hosting charges make up the majority of the costs associated with hosting. Electrical costs are determined by the anticipated pull of equipment averaged over one month. However, provider-specific experiences may vary. For instance, the monthly cost for an S19 consuming 3.25 kW at $0.062/kWh would amount to $150.

A license is mandatory before setting up and running a bitcoin trading venture. The process that you need to follow strongly depends on the country in which your business is located.

Generally speaking, miner hosting and bitcoin ownership is legal worldwide. The admissibility of mining bitcoins entirely depends on where you live. The supremacy of fiat currencies and governmental control over the capital markets could be threatened by the idea of bitcoin. Because of this, Bitcoin is completely prohibited in some jurisdictions.

These are some points that clarify miner hosting. Make sure the data center you select is transparent about its price-performance ratio and that you are only billed for the resources you use in real-time. Finding the best data center for your needs provides peace of mind without sacrificing the comfort of your private life.

Guide to mining hosting: how it's done?

Bitcoins can be a game-changer for the e-commerce market in the near future. However, mining Bitcoins is not an easy task. It takes a lot of time and effort to make one single Bitcoin. Usually, Bitcoins are mined by anonymous users and require heavy investment and access to electricity. That's why this article will give you a proper guide on miner hosting and is it worth putting your money into it.

What is miner hosting?

Miner hosting can also be called a mining hotel, where Bitcoins and other cryptocurrencies are mined. Miners are the ones that host a farm of ASICs or video cards, and the owner of the devices would pay the rent for the space and the electricity for the mining. Miner hosting places offer owners to set up and install the equipment, which is provided with all the necessary means of mining Bitcoins like stable Internet, a reliable socket, and an air conditioning system. Now miners can use the blockchain process to create more digital currency. Mining can only be done through high-end supercomputers that require a lot of electricity. In addition, most modern ASICs cannot be kept in just any room. It generates so much noise due to the fan operation. Plus, the computer has to run all day long. Miner Hosting services keep ASICs at any commercial facilities, also known as a colocation or data center. Miner hosting can be built in the most common three ways: container-style, purpose-built, or retrofitted.

●Miners can use Containers and altered shipping containers for hosting miners. It is a popular hosting choice. Since it's very mobile and you can use it for either stranded or grid energy.

●Other Bitcoins mines are Smelters, mills, or warehouses, specifically in de-industrializing states such as the former Soviet satellite states or American Rust Belt. These mines need to use grid energy.

●One of the common miner hosting places is Purpose-built, such as Riot’s Whinstone facility located in Rockdale, Texas. It is a public mining firm and offers higher-quality service for the equipment. However, it's more expensive than other places.

Miner hosting service matters on its convenience and cost. Although there are some downsides to miner hosting like abundant heat and noise, and energy requirements, still there are many hosting solutions that can take care of its downsides. If you want to reduce the noise, then you can buy the best mining machine on the market, which is the Antminer S19. The S19 needs some 3,000 watts of power, and it operates at 175 degrees Fahrenheit and over 80 decibels. You cannot just mine Bitcoins anywhere due to the massive heart and noise the Bitcoins mining machines can produce. And thus, miner hosting places are perfect for solving these issues.

Miner hosting places can be rented or owned and both private and government. Miner hosting contracts can offer different time lengths, for instance, 12 or 24-month increments. Miner hosting price depends on the facility's kilowatt per hour costs. Usually, it doesn't take more than $0.05-$0.07 dollars. For example, an S19 using 3.25 kW charged at $0.062/kWh electricity would take $150 per month. Plus, there are maintenance costs and other various expense factors.

Today many miners have started to use geothermal energy as the main source of energy power to mine Bitcoins in miner hosting places. But still, minor hosting services are the best optimal experience for mining Bitcoin. LLGO is the best mining machine hosting service provider for all your mining solutions.

How many Bitcoins can you mine a day?

How much does the average crypto miner make?

Bitcoin mining is still extremely profitable in 2022. Bitcoin miners are currently mining around $20 million worth of Bitcoin per day. That's $600 million per month. A mining machine costs $2,000-$20,000, making it difficult for anyone but professional miners to mine.

Buy property insurance and put it on the shelf 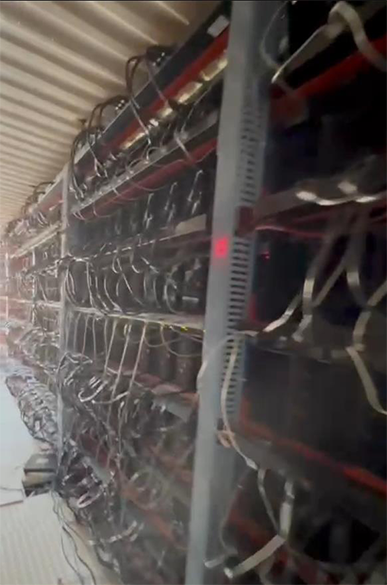 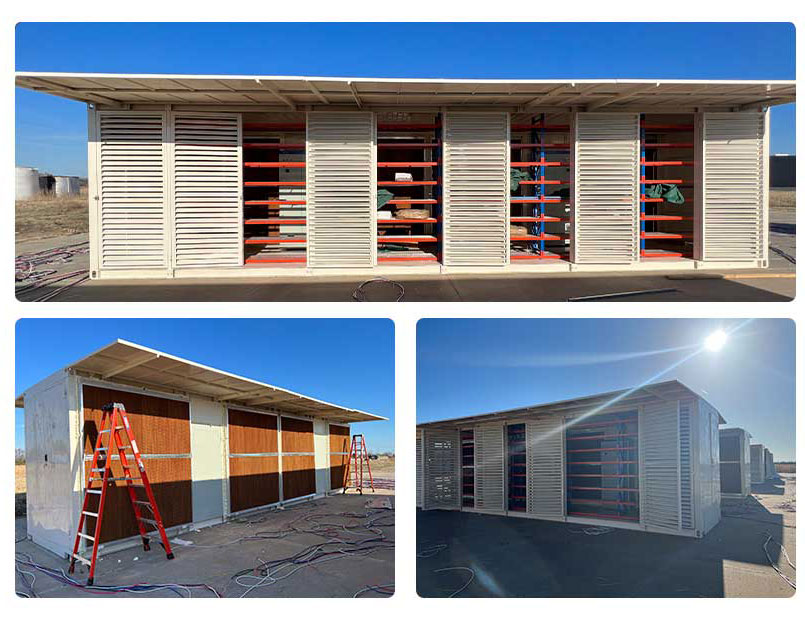 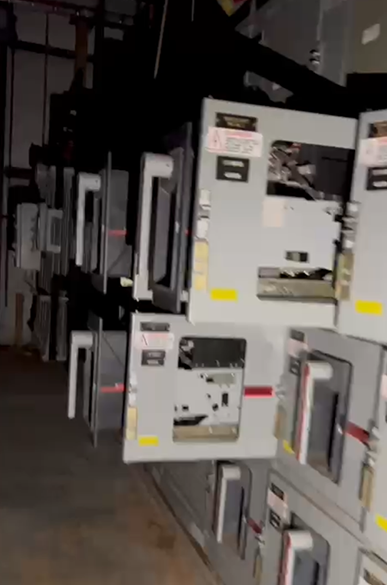 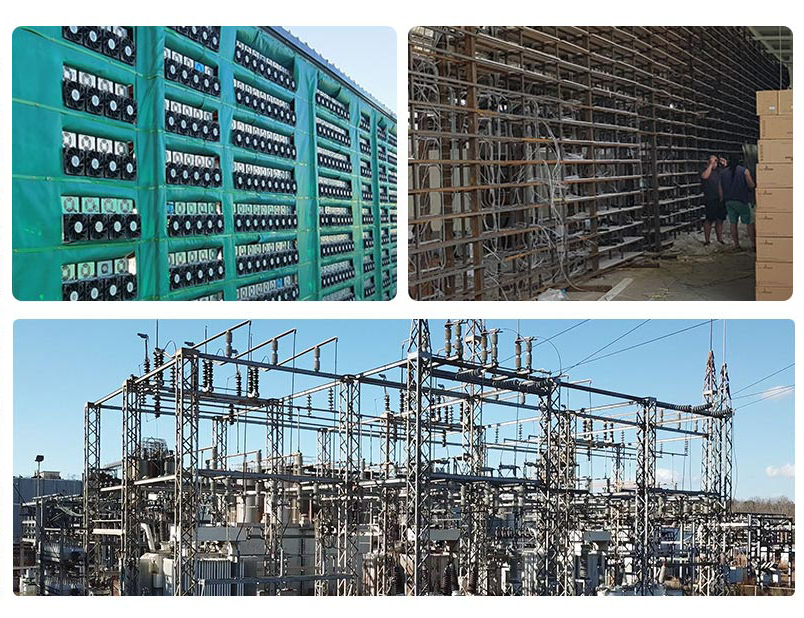